Welcome to SC Sounds your destination for quality sounds.

Our team is made up of industry pros who live and breathe the musical craft and use their expertise to get you the best deals on the widest selection of digital samples and patches. 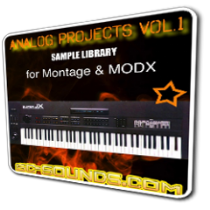 ANALOG PROJECTS VOL.1
2019-06-01
ANALOG PROJECTS VOL.1 is a sample library featuring one of the most representative analog synthesizer, made in Japan, in the second half of the 80's.
All the best bass, leads, pads, strings, brass has been accurately sampled to give a believable analog soul to the Montage and MODX synthesizers.
Available for Montage (53 performances - 53 multisamples - 1400mb) and MODX (64 performances - 41 multisamples - 970 mb).
Listen the audiodemo 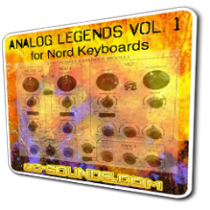 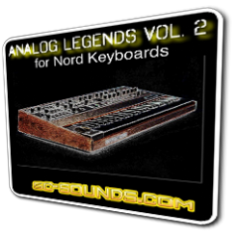 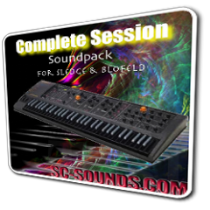 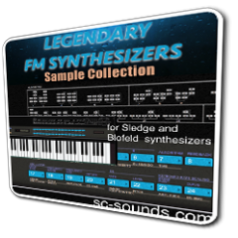 LEGENDARY FM SYNTHESIZERS
2018-22-09
In 1981 come out the most famous FM (frequency modulation synthesis) synthesizer ever. This sample library is a tribute to the iconic FM sound dedicated to the Sledge and the Blofeld owners. We sampled the most representative timbres, providing the best accurate and natural sound, even using only a velocity level.
This sample-set requires about 60 megabytes of flash memory, it means that all your Blofeld or Sledge memory space will be occupied.
Compatible with Blofeld and Sledge synthesizers. 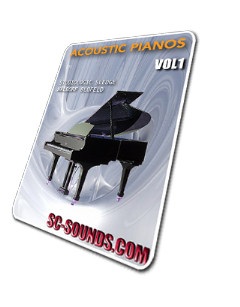 ACOUSTIC PIANOS
2018-26-04
This is a collection of remarkable acoustic pianos sample sounds which delivers 5 different legendary instruments with their distinctive character: BERLIN GRAND, AUSTRIAN GRAND (2 versions), JAPANESE C7 (2 versions), ELECTRIC GRAND, AMERICAN STAGE B.
This sample-set requires about 60 megabytes of flash memory, it means that all your Blofeld or Sledge memory space will be occupied by this sample library.
Compatible with Blofeld and Sledge synthesizers.

M1 Sample Library NEW 2017!
2017-01-19
This is one of the first sample library released by SC-Sounds. After about 6 years, a brand new edition of M1 Sample Library is available in our store.
It's not a simple update, because we totally revisited the whole sample pack as following:
- Added 70 new sample sounds (the new library now include 140 sounds!);
- All sample sounds now support the "VEL DYN" parameter (not available in 2011) and they're velocity-sensitive for a more realistic expression especially on Nord Electro 3, 4 and 5 and Nord Piano 2 and 3 series;
- Some sounds has been recaptured with highest sampling resolution;
- All loops has been re-programmed to the perfection.
We offer a 50% discount to all customers that already bought the previous M1 Sample Library within 2016!
Compatible with Nord Electro 3, 4, 5 series, Nord Piano 2 and 3 series, Nord Stage 2 and 2ex series, Nord Wave.
Feedbacks

Vintage Samplers Vol. 1
2016-07-10 This soundset features the greatest legend of the early eighties sampler, the Emulator II. Ever since its release in 1984, this awesome keyboard allowed to write memorable pages of great music. The list of all the world-famous artists who played this sampler is huge.
We've captured 104 multisamples (750 waveforms). All the most important sound categories have been included, like pianos, strings, brass, synths, bass, guitars, ethnics, vocals, drums and more, in order to cover almost any musical genre. Sample contenet size 59 mb.
audiodemo
Available for Waldorf Blofeld (with installed SL License) and Studiologic Sledge 2.0.
Back to content